The extension of Australia’s biosecurity emergency determination has dumbfounded the cruise sector, with some questioning whether there is any appetite within Government to allow a local restart. Bruce Piper discusses. 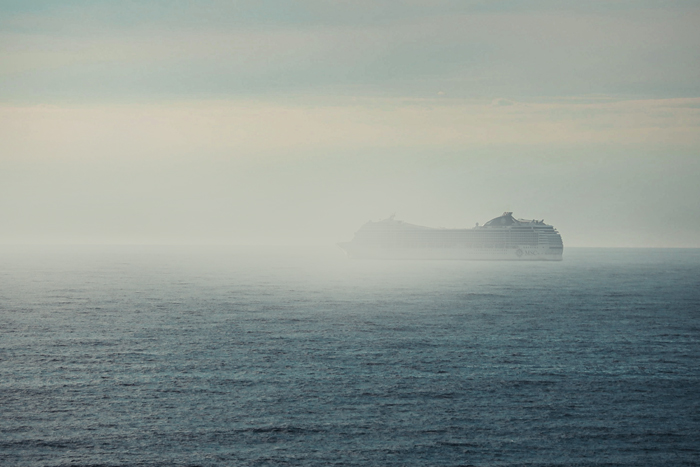 The shock announcement by Health Minister Greg Hunt that Australia’s biosecurity emergency determination was being extended by a further two months has dumbfounded the cruise sector, and led many to question whether there will ever be any appetite whatsoever within Government to allow this vital part of the travel industry to restart locally.

The announcement, slipped in by the Minister late last Friday afternoon (did he think we wouldn’t notice?) was yet another blindside for the cruise industry, and came despite repeated promises of engagement with the sector at both state and federal levels. Perhaps anticipating some backlash, Hunt – who had also in the previous days announced his retirement from politics after the next election – promised that the Government would “continually review, on a monthly basis, whether the current restrictions on cruise ships can be safely lifted or amended”.

Who is he kidding? It’s now 21 months since the ban on cruise ships was initially imposed and there has undoubtedly been plenty of time to “review” the extensive literature, presentations, plans and proposals from the cruise industry.

While I don’t have any insight into the political machinations and meetings which have taken place over that time, it’s clear that whatever discussions have gone on have been extremely unfruitful, with not even an inkling of a glimmer of a hint of a restart plan on the horizon.

The Minister’s assurances of a regular review of the situation seem even more hollow when one considers that the next four weeks comprise the traditional Canberra “silly season” of holiday breaks and shutdowns over the Christmas and New Year period. You can bet your bottom dollar that any bureaucrats overseeing this highly urgent matter will be on leave, camping in caravan parks or sunning themselves at their beach houses during the vacation period. In the meantime 18,000 people from across the country – providores, tour operators, travel agents, port workers, farmers, beverage suppliers and more – whose livelihoods depend on a cruise restart, remain in limbo. The first monthly “review” of the situation will be due on the 17th of January, and it’s unlikely that after our public servants make time for end of year celebrations, tidying their desks and buying Christmas presents for their kids there will be any time left over for negotiations with the cruise industry.

As Cruise Lines International Association MD Joel Katz has regularly noted in recent weeks, now millions of people around the world have safely undertaken cruises since the onset of the pandemic. Jurisdictions such as Singapore, Italy, the USA, the UK and many more have had successful restarts, and by all accounts the extensive multi-layered procedures in place have worked faultlessly to mitigate the risks posed by the pandemic. On top of that, and very much to the cruise lines’ credit, passengers report that cruising is still the enjoyable, exciting and relaxing experience they have always enjoyed, with COVID-19 procedures not significantly impacting their holidays.

But once again the Minister has hidden behind the all-powerful and seemingly omniscient “specialist medical and epidemiological advice provided by the Australia Health Protection Principal Committee (AHPPC) and the Commonwealth Chief Medical Officer”. How about a bit of leadership, Mr Hunt? Do you simply not believe CLIA when it says that the livelihoods of those involved in a $5 billion industry continue to be threatened by your intransigence? Or do you simply not care?

The seemingly compelling argument, that under the current settings it is quite possible for Australians to fly to the USA, Singapore, Europe, South America or many other parts of the world, enjoy a cruise holiday, and then return home, seems to just fall on deaf ears. What on earth do we need to do to dislodge this seemingly wilful disregard of a major local industry?

Last weekend, in the wake of the announcement that the ban was being extended, CLIA MD Katz did the rounds of various TV current affairs shows – which was at least an indication that finally mainstream media appears to be easing its firm anti-cruise stance. Putting their best foot forward Katz, and a number of other industry commentators have been able to clearly articulate the situation which hopefully will raise awareness of our collective plight. But it was somewhat telling that at the end of one of the segments which delved into the confusion, frustration and downright anger being experienced within the cruise industry, the host of the show’s summation was simply “it’s all a bit of a mess, isn’t it?” That’s for sure.