With 2021’s Kimberley cruise season lying bleeding in the moonlight, the sniper that is the Australian Government’s total apathy toward the cruise industry has now turned its scope towards the summer season.

However, little more than a week later, with barely the time for the smile to subside from cruising’s proverbial face, Federal Minister for Health Greg Hunt had once again handed down an extension of the human biosecurity emergency period for a further three months, until mid-September.

It was akin to Mr Bumble laughing in Oliver Twist’s face when he dared to ask for more.

Not long afterward, one of the Kimberley’s final holdouts, Silversea Cruises, confirmed the cancellation of its heavily booked season in the region, citing factors “outside of its control”.

Whose control these factors are under is unclear — after all, in the United States and Europe, where the coronavirus situation is far more acute, there are plenty of virus-free cruises being operated, and many passengers lining up to board them.

Nevertheless, the tap-out from Silversea left Ponant as the last remaining overseas-based cruise line “planning” to sail in the Kimberley this year, with APT, Coral Expeditions and Island Escape Cruises still operating in the region. 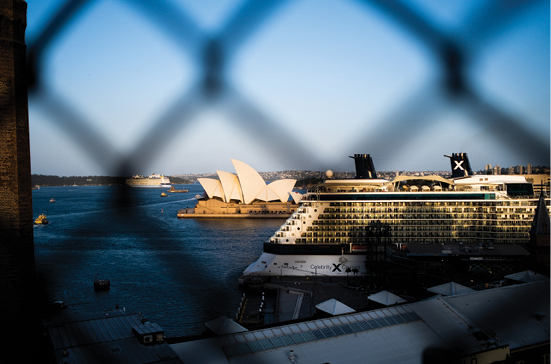 Australian ports may remain empty for another summer season

With other cancellations including Carnival Cruise Line, which scuppered cruises through to mid-November, and Holland America Line, which cancelled Oosterdam‘s departures in Australia through to late December, the Grim Reaper is now on its way to the summer season’s front door.

What’s more, politicians no longer have any excuse not to be aware of the state of affairs faced by the cruise industry.

Not only have Members of Parliament been doorstopped in Canberra by cruise bosses on multiple occasions, but more than 40,000 emails have been sent to state and federal MPs via the Ready, Set, Sail campaign launched by CLIA.

It is hard to believe that the crusade, which has exceeded even the expectations of Katz, has missed even one state or federal electorate among the 40,000 pleas sent.

However, with the campaign now around two months old, and the cruise industry having heard nothing but another “no” from the Federal Government since, it is hard to envision when, if at all, cruising in Australia will restart this year.