A week before the International Maritime Organisation is expected to finalise a proposed ban on the use of heavy fuel oil (HFO) in the entire Arctic region, Norway has announced plans to introduce tighter regulation for waters surrounding Svalbard.

The Svalbard archipelago, one of the world’s northernmost areas, has inspired generations thanks to its unforgiving yet beautiful Arctic landscapes, and wildlife – most notably polar bears.

Norway has banned the use of HFO in the waters of Svalbard’s National Park since 2015, however the country’s new plans will significantly expand the areas where HFO will be prohibited.

The announcement comes after recent research revealed the number of vessels using heavy fuels in Svalbard’s waters has grown more than 40 per cent in the last three years. Expedition cruising in the archipelago has played its fair share in this growth.

The Norwegian government says a heavy oil spill in the region would not only be catastrophic for the environment and difficult to clean up, but it would also have an impact on Svalbard’s tourism reputation as a pristine, responsibly-managed wilderness.

While banning the use of heavy fuels will reduce the risk of a spill in Svalbard’s waters, it also reduces levels of heavy oil soot produced by ships who use it. Also known as “Black Carbon”, this soot settles on sea ice and causes it to melt faster. 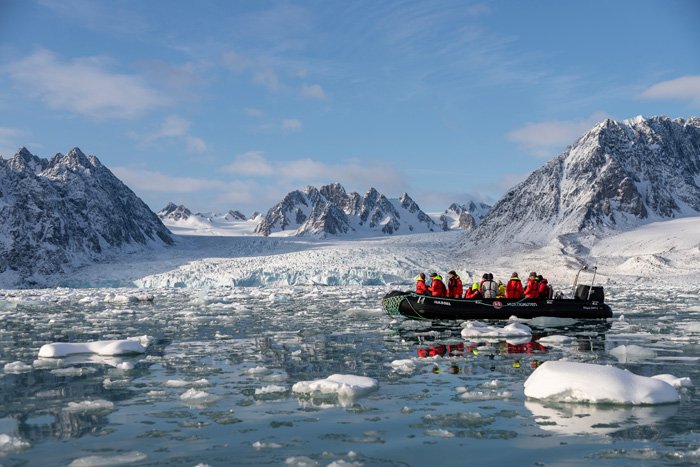 Hurtigruten has welcomed the Norwegian government’s initiative. The sustainable polar expedition operator was among the first to ban HFO from its ships a decade ago, and has since played a pivotal role in advocating for a ban on HFO across the wider Arctic region.

“While we’re celebrating this decision, Hurtigruten doesn’t wait for regulations to change before we actually do,” says Damian Perry, Managing Director of Asia Pacific.

“We’re looking ahead to see how we can use technology today to help reduce our carbon footprint and show the way for the wider industry.”

“These silent, emission-free modes of exploration will help visitors get up close to the Svalbard wilderness in a sustainable way,” says Mr Perry. “It’s part of our commitment to ensuring this beautiful place is still here for future generations to see.” 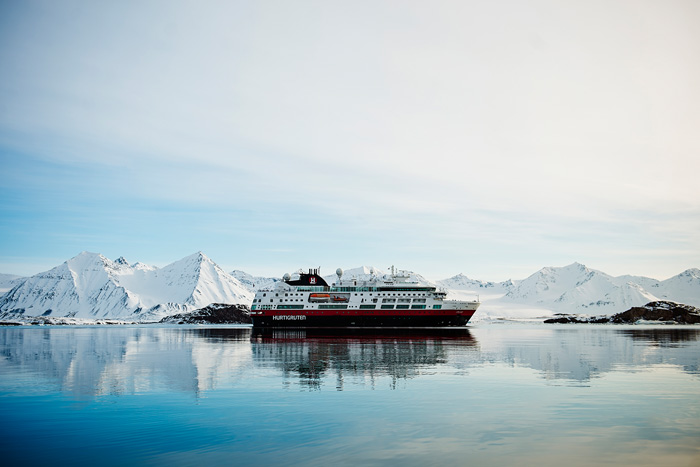 How to get to Svalbard?

Svalbard is situated between Norway and the North pole, but the archipelago is quite easy to travel to. With Hurtigruten you can choose among a variety of expedition cruise to Svalbard. Typically, you would make your way to Longyearbyen before embarking on a 6-10 day voyage. On the cruise line’s voyages, the expedition-style landings will take you close to the Arctic wildlife, the ghost towns of the early whaling stations and remote mining towns, research communities, spectacular fjords and icebergs.

The Svalbard wildlife is unique and fascinating. In the Arctic wilderness you’ll find the majestic polar bear, which outnumber humans on Svalbard. You can also find arctic foxes, reindeers, seals and whales. During summertime large numbers of sea birds flock to the archipelago. Svalbard has long been a tourist destination, ever since the coal industry began. You will find old mining villages, abandoned whaling stations and hunting lodges dating back several centuries. 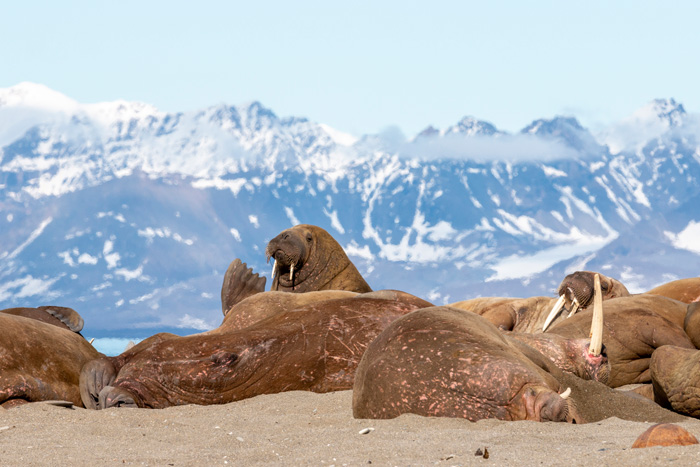 A voyage to Svalbard offers experiences close to nature’s most spectacular landscapes, genuine cultures, exceptional people and amazing wildlife. Preserving these resources in their natural, unspoiled condition is Hurtigruten’s priority – your customers will always experience the highest environmental awareness on board and ashore.