ANOTHER year is almost over, and once again the only constant in the Australasian travel industry has been change. 2019 has been a year of ups and downs which have impacted everyone in travel — airlines, cruise companies, technology firms, travel agencies and suppliers. Bruce Piper looks at the year that was.

It’s my guess that many in the global travel and tourism sector will be eagerly looking forward to a well-deserved break over the upcoming Christmas holiday season. While every year brings its share of good and bad, 2019 seems to have been notable for some particular challenges, most of which were not of our own making.There have been issues with aircraft, crises in various destinations and multiple supplier failures — not to mention weak consumer demand and the ever-growing impact of technological disruption and changing customer whims. It’s no wonder that many industry fingers are crossed for somewhat of an improvement in 2020.

Without aviation, the global travel industry would pretty much grind to a halt. The ongoing grounding of the global Boeing 737 MAX aircraft fleet, which followed two tragic accidents, has had wide-ranging impacts throughout 2019, and we’re not out of the woods yet. The first crash, involving Indonesia’s Lion Air, occurred more than 12 months ago, and at the time was thought to be due to pilot error in heavy weather conditions. However a second disaster in March 2019, where an Ethiopian Airlines 737 MAX went down with the loss of all on board, saw a rapid reaction as regulators came to the realisation that the incidents were not isolated.

In its various iterations the 737 has proven to be one of the world’s most popular aircraft, but clearly ongoing demands to increase efficiency have seen the plane’s designers forced to configure it to operate ever closer to the edge of the envelope. Technology can help of course, but software implemented in the 737 MAX to help pilots deal with larger engines and weight shifts clearly had unanticipated impacts on safety, leading to the two major tragedies. Boeing says it has rectified the issue after hundreds of hours of testing, but naturally regulators across the globe are taking a particularly cautious approach to re-certifying the plane which is now not expected to return to full commercial service until sometime in 2020. 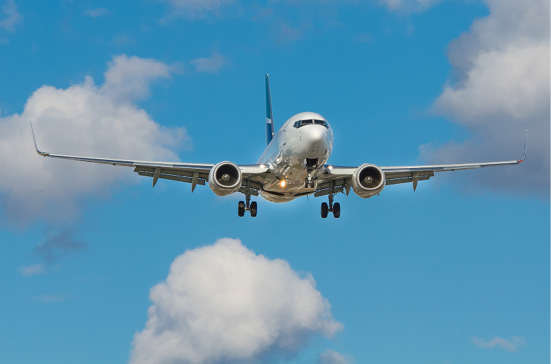 Locally the 737 MAX grounding has particularly impacted Fiji Airways, which was plastered across Sydney’s Daily Telegraph with the banner headline “DEATH JET”. Virgin Australia’s newly appointed CEO, Paul Scurrah, was also able to — perhaps conveniently — defer an order for the new planes, a decision which helped him manage the airline’s hard-pressed balance sheet. And despite the tragedies and ongoing publicity about the issue, traveller confidence in flying overall doesn’t appear to have been impacted, something for which we can all be thankful.

Also in the aviation space, 2019 has seen Qantas make significant progress on its much-vaunted “Project Sunrise” aspirations to fly non-stop from Sydney to both London and New York. Boeing and Airbus have been tasked with designing ultra-ultra long range versions of their aircraft to enable them to service the massive sectors, while Qantas has also made much of two special test flights, involving minimal payloads on newly delivered 787-9s flying the sectors. The dream of Qantas CEO Alan Joyce may become a reality, but only if pilots and cabin crew come to the party — not to mention the Civil Aviation Safety Authority which will need to change regulations to allow on-board staff to stay on duty during the extremely long-haul flights.

Almost every night now we are bombarded with images from the streets of Hong Kong, which appears to be descending deeper and deeper into chaos which was completely unimaginable twelve months ago. Indeed, in December 2018 the Hong Kong Tourism Board hosted key industry partners from across the globe for an International Tourism Convention which aimed to showcase opportunities arising from the fast-growing region.

Fast forward a year and it’s inconceivable how things could have changed so much. Millions of protestors concerned about the rising influence of mainland China in the enclave have taken to the streets, blockading shopping centres, public transport and the airport in a seemingly intractable situation. Leisure travellers are reportedly shunning the formerly popular destination, with airlines from across the globe responding to reduced demand by slashing their Hong Kong capacity. 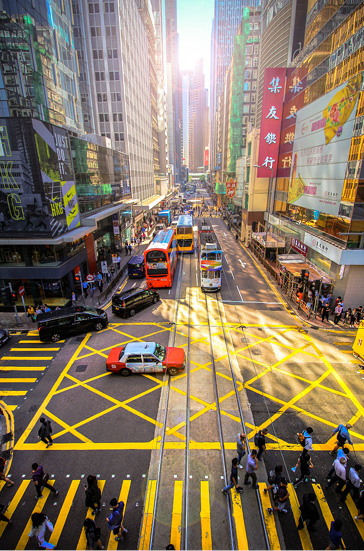 Hong Kong has been crippled by months of ongoing protests – peaceful scenes like this in the CBD are now rare.

However Hong Kong wasn’t the only previously popular destination to be wracked by unrest this year. Violent protests against a new fuel tax saw “yellow vest” demonstrators rise up in Paris, where the famous Champs Elysee provided an incongruous backdrop to molotov cocktails, police in riot gear and overturned vehicles in flames. 2019 also saw the green shoots of tourism recovery in Sri Lanka set back by an horrific attack in April, when coordinated terrorist bombings targeted prominent hotels and churches. The Australian industry has rallied to support the destination, including Bunnik Tours which operates its own Sri Lanka office and hosted a major famil providing Aussie consultants with their own experience of the country.

During the year the so-called “Trump effect” also impacted perceptions for prospective travellers to the USA. The US administration’s heavy focus on immigration and increasing barriers for international arrivals continued to be a key talking point, not to mention the abrupt blanket ban on cruise travel to Cuba which caused major disruptions to itineraries. The Cuba clampdown came right in the middle of IPW, America’s major travel industry trade show, with officials from the US Travel Association and Brand USA scrambling to put a brave face on the situation.

The good news for the industry is that despite the dramas, Australians are still travelling. In fact one destination’s famine is another’s feast, with countries perceived as safe, peaceful or just plain delightful benefiting from the insatiable desire of Aussies to experience other parts of the world.

The importance of the AFTA Travel Accreditation Scheme (ATAS) and the associated AFTA Chargeback Scheme (ACS) came into ever-sharper focus this year, amid seismic shifts in the wholesaler and supplier landscape.

Almost exactly 12 months ago saw the high profile collapse of online travel agency Bestjet Travel, and the subsequent public examination of the company’s officials has proved to be an ongoing fascination. Thousands of consumers, lured by Bestjet’s practice of undercutting its competitors on meta-search sites such as Skyscanner, were left out of pocket by the company’s abrupt closure just before Christmas 2018. Airlines, consolidators and GDS companies scrambled to manage the fallout, all bearing significant costs to repatriate affected customers, many of whom were oblivious to Bestjet’s terrible reputation — despite a simple Google search revealing plenty of reasons not to book with the OTA. The saga rolls on, with the company’s liquidators conducting an excruciating cross-examination of director Rachel James and her car-racing husband Michael, among other stakeholders. Bestjet’s tangled web is yet to be unwoven, involving a complex network of companies in Australia, Singapore and even the British Virgin Islands, and it’s hoped efforts to sheet home the blame will not come to naught.

The Bestjet collapse was seen by many as vindication of the hard line taken by AFTA several years ago, when the Federation refused to renew Bestjet’s ATAS accreditation because of the alleged involvement of Michael James in the business. Despite concerted legal efforts by Bestjet at the time, AFTA prevailed, and evidence presented during the most recent hearings clearly indicated that this approach to ensuring that the standards of ATAS were maintained was correct. 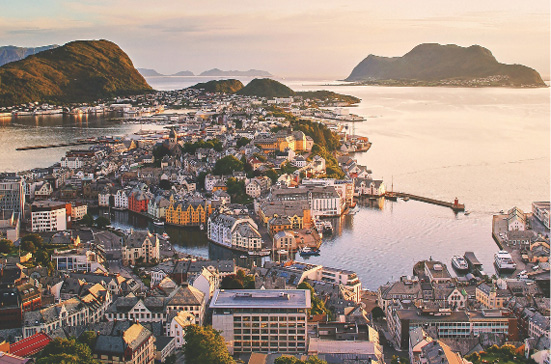 Tempo Holidays and Bentours’ collapse was felt throughout the industry, with many operators moving to take advantage of the gap in the market.

More recently the industry has been rocked by the closure of Tempo Holidays Pty Limited, which also traded as Bentours. Despite operating what by all accounts was an extremely successful business in Australia and New Zealand, Tempo was brought down by a financial crisis within its Indian parent company, Cox and Kings. AFTA was closely monitoring the situation, initially suspending the ATAS accreditation of Tempo in July pending an investigation, and then formally terminating the company just a few weeks before its directors placed it into administration. Fortunately, agents who were part of ACS were protected against consumer credit card chargebacks for all bookings made prior to the termination.

It hasn’t all been doom and gloom during 2019, with the nimble Australian travel sector demonstrating its ongoing ability to adapt and evolve, no matter what the future brings. Express Travel Group expanded across the Tasman with the purchase of a majority stake in the like-minded First Travel Group, which just like Express has a combination of corporate, independent and branded members. Sister company Creative Cruising similarly established a beachhead in New Zealand, a country which appears to be outperforming the wider market when it comes to cruise.

Helloworld Travel also grew through acquisition, including the purchase of agencies and a broker network in New Zealand, as well as expanding its corporate footprint with the purchase of TravelEdge and Show Group. The company adroitly managed several major political controversies, boosted its TTV, consolidated its cruise wholesale operations and rolled out significant technology upgrades. The year also saw one of Helloworld’s biggest members, Newcastle-based Hunter Travel Group, expand to a total of 40 locations through a new joint venture with the Royal Automobile Club of Queensland (RACQ).

And of course Flight Centre didn’t rest on its laurels, continuing to build its TTV as it weathered soft consumer demand and the fallout from the implementation of a new staff agreement and a technology platform switch. The company significantly grew its online sales, with the launch of a “no booking fee” promotion, and among a host of other initiatives also confirmed a focus on emerging business models with the 100% acquisition of Ignite Travel Group.

The last year has not been without its highlights, particularly if we shift our focus beyond immediate issues to wider concerns. In particular, the rapid expansion of the global expedition cruise industry one of the key factors in an increasing focus on global tourism sustainability. Many new ships are coming into service, with 2019 notably seeing the debut of Hurtigruten’s Roald Amundsen, Aurora Expeditions’ Greg Mortimer and of course Scenic’s highly anticipated Scenic Eclipse. These ships will all explore some of the world’s most remote, fragile environments, and the associated publicity has had a significant halo effect.

Hurtigruten has showcased its well-earned credentials as a “Green Pioneer” and the appearance of the company’s visionary CEO, Daniel Skjeldam, at the inaugural Travel Daily/travelBulletin Sustainability Summit earlier this year was a treat as he inspired the industry to follow Hurtigruten’s lead. But the sustainability focus hasn’t just been on the oceans, with companies like The Travel Corporation, Intrepid, G Adventures, Hands-On Journeys and more finding their rhetoric around protecting the planet resonating ever more loudly.

As the year wraps up, let’s hope 2020 allows us to focus even more on what is important, rather than urgent.