The start of 2020 has certainly not been smooth sailing for the global travel industry, which has been rocked by the ongoing coronavirus crisis. The emergence of this novel disease has seen borders closed and an unprecedented upgrade of travel warnings, as authorities scramble to mitigate the impact of so-called COVID-19. Amid a slump in consumer and business confidence, and coming on top of the summer bushfire emergency in Australia, tourism and travel operators are reeling. How long will the crisis last, and just how much can the industry take? Bruce Piper investigates.

A famous phrase which emerged during Europe’s Napoleonic era was “when France sneezes, the whole of Europe catches a cold”. The saying was attributed to Prussian diplomat Klemens Wenzel Furst von Metternich, describing the ripple effect of actions within a dominant world power on the rest of the globe. And while it has been adapted many times since in relation to other major nations, it’s never been truer — or more literally appropriate — than the current situation with China. 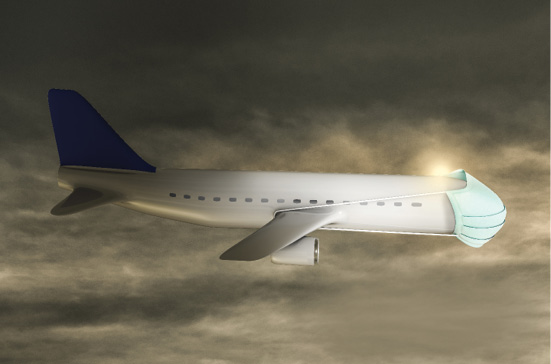 Just before Christmas 2019, an unusual outbreak of pneumonia was reported in the city of Wuhan, the capital of Hubei province. About 41 people presented with lung disease without a clear cause, with doctors eventually linking the condition to customers who had visited a huge wholesale food and live animal market. Spreading rapidly, the number of cases initially doubled every week, with Wuhan’s status as a major transport interchange also seeing international travellers carry the disease across the globe.

In late January 2020, about a month after the initial outbreak, there were around 2,000 confirmed cases, with that figure then exploding to more than 78,000 as this issue of travelBulletin goes to print — despite a rapid clampdown on movement in and out of Wuhan, the imposition of “Do not Travel” advisories for China by governments across the globe, including Australia, and the declaration by the World Health Organization of a “global public health emergency”. And while many of those with the condition have recovered, so far more than 2,400 people have tragically died, including five fatalities outside of mainland China, surpassing the death toll from the 2003 outbreak of Severe Acute Respiratory Syndrome (SARS) which also emerged from within Asia.

Many of those who have died have been aged over 60, while about three-quarters had pre-existing health conditions such as diabetes and cardiovascular diseases, according to Chinese authorities, and just like influenza, any immuno-suppressed patients are likely to have a worse outcome from COVID-19. Experts have described the disease as a variant of the common cold — but because it is a “novel” virus, people do not have any immunity and so find it much harder to fight the infection. The rapid spread has been attributed to a significant time between becoming infected and actually showing symptoms. Researchers have found coronavirus, which is believed to be spread by aerosol droplets when someone coughs or sneezes, can stay “viable and contagious” on surfaces such as metal, glass or plastic for up to nine days — meaning that it is easily picked up particularly in places with lots of people such as airports, planes, hotels or cruise ships.

It is interesting to note that the last major outbreak of a novel virus, the SARS epidemic in 2003, had minimal long-term impacts on the global travel and tourism sector. However, the short term effect was severe, with international travel plummeting. Asian destinations and airlines were particularly hit as corporate and leisure travel declined. While many have the perception that SARS was ended by the discovery of a miracle cure, the reality is that containment measures, such as quarantine and a meticulous approach to personal hygiene, actually stopped the spread of SARS which has only had a handful of cases reported in the last 15 years — despite no cure ever being found. 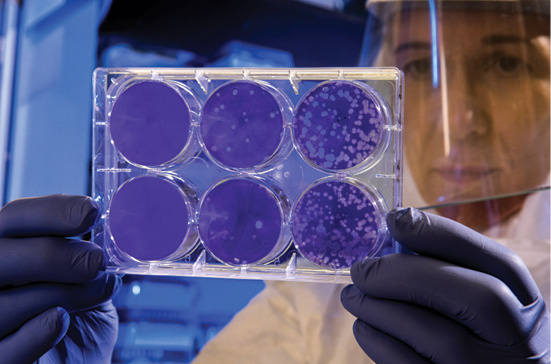 While researchers scrambled to develop a vaccine for SARS, once the outbreak appeared to be containable, work stopped on potential immunisations for the condition. The key response to SARS was to undertake extensive contact tracing for anyone infected, and to then quarantine and medically observe individuals who could have contracted the disease. In May 2004 The World Health Organization declared that the “chain of human-to-human transmission appears to have been broken”. During the outbreak about 8,000 people worldwide became sick in 29 countries across the globe, and about 10% of them died as a result.

The SARS crisis ended up lasting about nine months, with authorities ultimately concluding that as well as quarantine, the best measures to take included simple hygiene measures, hand-washing, disinfection and self-isolation. But as in the current situation, the wider impact on the travel and tourism sector was deeply felt, with business and leisure travellers cancelling or deferring travel. For example hotel occupancy rates in Beijing slumped to about 10%, while incredibly, Chinese restaurants across the USA also reported a heavy drop in patronage.

How worried should we be?

The coronavirus situation has certainly not been helped by sensational mainstream media reporting. Those watching the nightly news, or following the crisis on social media, could be forgiven for thinking a global apocalypse was underway. The hysteria has been further boosted as TV channels seeking to boost their ratings have scrambled to broadcast movies such as Contagion starring Matt Damon and Gwyneth Paltrow, as well as the 1995 Dustin Hoffman and Morgan Freeman classic Outbreak — not to mention Will Smith’s post-apocalyptic I am Legend — all of which are completely fictional but appear to be almost interpreted by some as actual documentaries.

The cruise industry has been particularly hard hit, with the unfortunate Diamond Princess situation where an infected passenger resulted in the quarantine of the ship off the coast of Japan providing endless fascination for reporters. Last month a completely false report about a passenger aboard Norwegian Jewel being tested for coronavirus after the ship docked in Sydney led to a total overreaction by Australia’s morning news shows, with Norwegian Cruise Line believed to be considering its legal options over the erroneous reporting of the incident.

While the situation at “ground zero” in Wuhan is undoubtedly serious, the longer-term impact on consumer and business confidence is likely to have major economic effects, and not just on the tourism industry.

As one of the world’s major export suppliers, a host of consumer goods made in China have already become more difficult to obtain, while a number of major corporates have banned staff travel and cancelled international meetings. Economic activity is already being suppressed, and particularly for Hong Kong-based airlines and hotels already hit by unrest in the Special Administrative Region the COVID-19 repercussions are yet another straw on the camel’s back.

In terms of actual health impacts, so far scientists are cautiously optimistic. Although coronavirus has spread much faster than SARS did, the mortality rate is significantly lower, even among those with pre-existing health conditions. It appears a key factor in the outbreak has been the longer incubation period than in the case of SARS, which carriers were able to spread for about seven days before symptoms showed. By contrast the incubation period for COVID-19 has been estimated at up to 24 days, meaning chance encounters with the virus are much more likely. Having said that, the drastic containment measures implemented so far appear to have been effective, with the largest outbreak outside of mainland China being aboard Diamond Princess, and hopes that the rate of infection may be starting to plateau. By all accounts the rapid response of world governments, while shocking at the time, has so far been effective in containing the spread of coronavirus, and it’s hoped that this may lead to a relaxation of restrictions in the coming days. 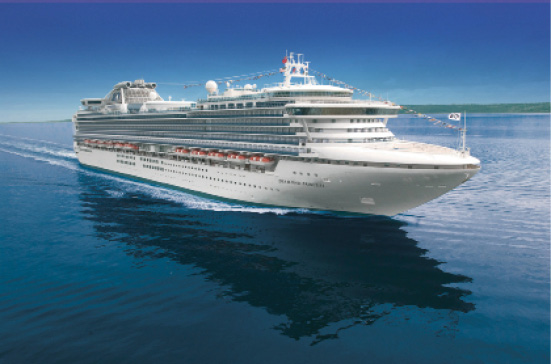 Some parts of the industry have been criticised for an overreaction — for example, cruise companies which have in some cases completely banned passengers with Chinese, Hong Kong or Macao passports, or travellers who have simply transited through Hong Kong. While this may be seen as “using a sledgehammer to crack a walnut,” suppliers (and governments) can perhaps be forgiven for an overabundance of caution, particularly in the early days of the crisis.

In its recent financial results release, Corporate Travel Management provided a helpful analysis of how it calculated the potential impact of COVID-19 on its business. “The impact will be a function of duration and severity (reluctance/inability to travel),” the company said. History suggests the average duration of pandemics has been 4-6 months, with the peak impact period lasting 1-2 months, it added, with CTM assuming the worst will play out through February and March 2020. “Once the peak impact period subsides, corporate activity historically rebounds quickly, and we have assumed activity gradually returns to normal levels by July 2020.” CTM also noted the key difference with COVID-19 compared to previous pandemics has been the rapid action of governments to close borders and suspend travel to and from China, but said at this stage it was difficult to clarify how this may reduce the severity of the virus’ impact.

When should we start to panic?

The unfortunate reality with COVID-19 is that there are so many unknowns, simply because it is a “novel” virus. There is no doubt that the short term pain is already being felt across the industry, with travel agents extremely busy — not with making new bookings, but cancelling and rescheduling trips. Consumer confidence is way down and economic activity is being heavily dampened, but many of those who remember the aftermath of SARS have also warned the industry to prepare for a huge rebound once the coronavirus issue dies down.

People’s demand for travel is still there — it’s just that they’re not booking right now because of the uncertainty. Once that eases the global travel and tourism industry can confidently look forward to an upswing — albeit with an extremely late booking pattern. We can also expect some amazing travel deals in the offing as suppliers rush to stimulate demand and fill all those empty beds, berths and plane seats. In the meantime of course travel and tourism businesses must take quick, prudent action to cut costs and minimise their exposure to the downturn — think a shorter working week, accelerated annual leave and not spending unnecessarily. But at the same time, let’s be optimistic about the likely forthcoming travel and tourism boom, while we batten down the hatches and ride out the COVID-19 storm.