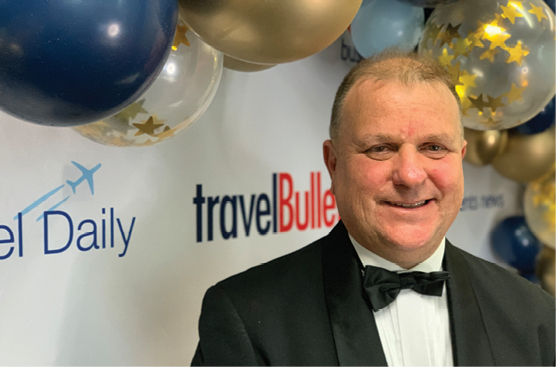 THE resilience developed within the travel and tourism sector over the last two bleak years is sadly set to be tested yet again - just when we can finally glimpse a little bit of blue sky.

THE resilience developed within the travel and tourism sector over the last two bleak years is sadly set to be tested yet again – just when we can finally glimpse a little bit of blue sky.

With unfortunate timing, the outrageous Russian invasion of Ukraine is likely to further disrupt consumer confidence, and in particular put paid to hopes of any semblance of a successful European summer touring season in 2022.

While there’s plenty of global positivity about the resumption of travel as vaccination rates (at least in the developed world) seem to be taming the COVID-19 monster, the Ukraine unrest – no let’s call a spade a spade, it’s definitely a full-scale war – will be striking fear into the hearts of timid Aussie travellers who, by now well used to spending their time locally on renovations, new cars and domestic staycations, will just settle back for another year without an international holiday.

However despite the negative impact of the war, there are at least some better indicators for this crisis than the March 2020 closure of Australia’s borders.

A European conflict will dent the travel plans of many risk-averse leisure travellers, but at least it’s no longer actually illegal to leave the country, and there are indications that some, at least, are girding their loins and jumping on planes.

I have an intrepid 18-year-old nephew who headed off last month for a gap year (actually in true teenage fashion it’s been designated as a #gapbeer) in Europe with two mates, and having navigated the various protocols with aplomb, the trio are currently terrorising the citizens of Geneva, with scant regard for COVID, wars or any other forms of pestilence.

And despite the news not being good for European tour operators – I suspect there will be plenty of availability for the normally heavily booked once-in-a-decade Oberammergau Passion Play in Germany this year – at least with open borders the travel itch can be scratched in other destinations.

The beleaguered cruise sector in particular may draw comfort that although itineraries may need to change, they do have the flexibility to deploy ships in other parts of the world – perhaps even Australia if current indications of the cruise ban lifting in April prove right.