How can we travel more sustainably? There’s no easy answer to this question, and it’s one that’s being asked more than ever. All over the world, and just a few months ago in Australia, we are seeing the devastating effects of climate change caused by greenhouse gas emissions. But rather than ignore these consequences, a growing coalition of organizations is stepping up to lower our collective carbon footprint.

United Airlines, one of the world’s largest air carriers, is an industry leader in this regard. Here’s a look at what they’re doing as part of the United Eco-Skies initiative, which includes a number of projects focused on sustainability:

For a problem as complex and urgent as climate change, modest solutions simply aren’t enough. That’s why United set an ambitious goal in 2018 to cut its total carbon emissions in half by 2050 — the first U.S. airline to make such a commitment. Meeting this goal would remove some 21 million metric tons of CO2 emissions from the environment per year — the equivalent of taking all vehicles in New York City and Los Angeles combined off the road. 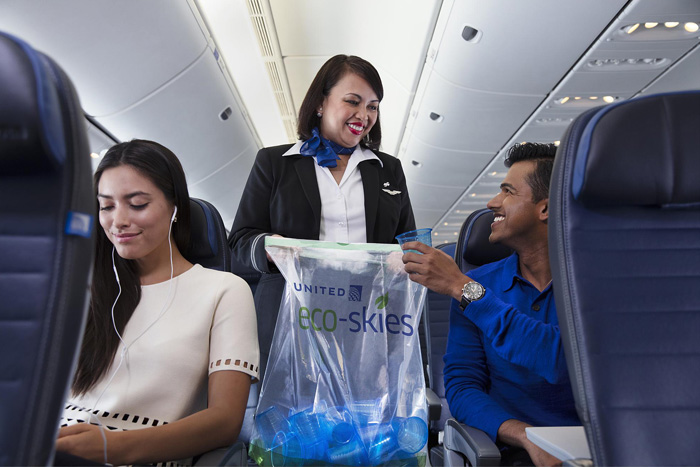 “United is committed to innovating solutions that we hope will become the expectation for our industry, not the exception,” said Oscar Munoz, CEO of United, in a statement on the company’s website. “The measure of our success is the opinion of our children and grandchildren who will look back on our efforts and say that we lived up to our obligations to them in protecting the planet for future generations.”

The airline has already made progress, having reduced its annual carbon emissions by 5 million metric tons between 2007 and 2018. But it plans to keep cutting emissions even more aggressively to reach its 2050 target.

To make that possible, United is investing in sustainability efforts that range from straightforward to truly groundbreaking.

One of the most obvious carbon reduction solutions is to do more with less. Along with aircraft manufacturers, United invests heavily in fuel efficiency improvements throughout its fleet. This is done in a variety of ways: reducing the weight of aircraft by using lighter materials, implementing designs like specialized wingtips that reduce drag, and washing the engines regularly to keep them performing as efficiently as possible. 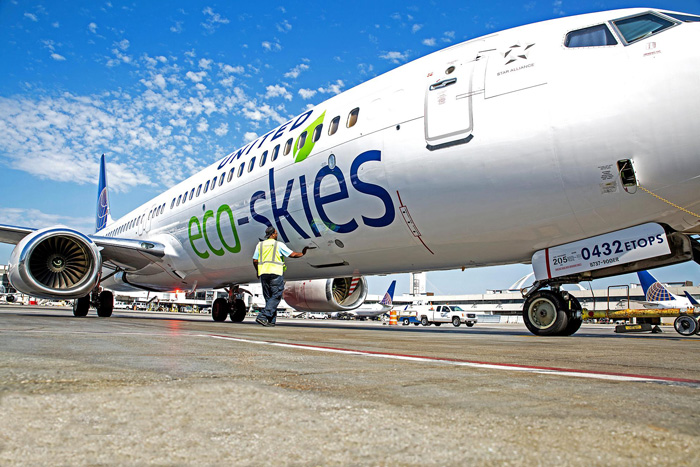 There’s even more that can still be done to make air travel significantly more sustainable. United is leading the way on innovative investments in sustainable aviation fuel (SAF). United is one of the largest buyers of SAF in the world, and has been mixing it into its regular fuel supply at Los Angeles International Airport since 2016. This cutting-edge form of jet fuel performs the same as conventional fuel made from petroleum, except SAF is refined from waste products like spare plant matter or municipal solid waste. As a result, SAF is as much as 60% less carbon-intensive than traditional fuel.

Travel helps us learn more about the world. And luckily for us, airlines like United are working to make travel more sustainable, giving us even more reasons to get out and explore. To learn more about United’s initiatives click here.