The global travel industry is on its knees. Day after day external factors not of our own making – border closures, government restrictions, demands for refunds, quarantines and cancellations, not to mention the actual health impact of COVID-19 – are beating us black and blue.

So what airline executive in their right mind would choose now to implement major changes to the way they distribute their products? Apparently quite a few. I know we’ve all been told to use the “down-time” afforded by the forced coronavirus shutdowns to work on our businesses, so perhaps the airlines have also been having a Zoom session or two about how they can squeeze even more blood out of their travel agent stones. Whatever the reason, the outcome has clearly involved somewhat of a lack of imagination on behalf of several airlines on the impact their decisions are going to have on their loyal customer base.

The first shock came early this month, when Singapore Airlines launched a new travel agent portal touting myriad benefits of its KrisConnect NDC platform which were highlighted in a national roadshow earlier this year. At the time SQ promised it had learnt from the unfortunate way the Qantas Channel was introduced in August 2019, with travel agents forced to adopt the platform or face a $17.50 per sector surcharge for continuing to book via standard GDS. Qantas was widely criticised for not clearly communicating that switching to the Qantas Channel involved a hefty reduction to, or the complete elimination of, GDS segment rebates. 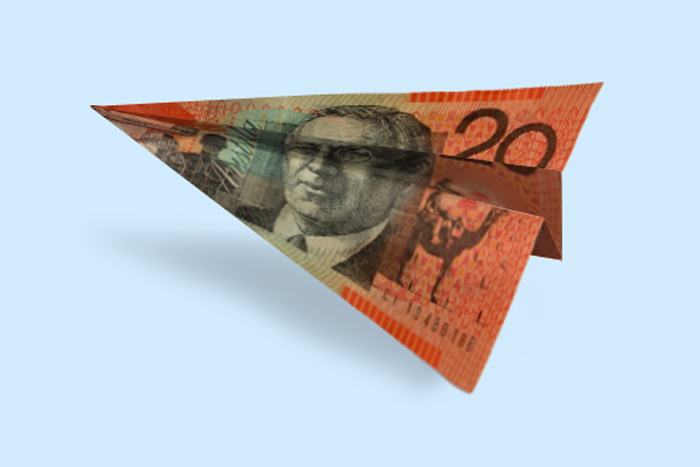 Singapore Airlines, we were told, would be different, and adopt a “carrot, not a stick” attitude to the introduction of its NDC solution which promised special fares, incentives and of course the opportunity for travel agents to earn commission on ancillary services such as baggage, wi-fi, seat selection and meals.

At the time there was no suggestion whatsoever that, like its rivals, Singapore Airlines was planning to impose a surcharge for GDS bookings.

Imagine the industry’s shock, then, when Travel Daily revealed the new “Singapore Airlines Distribution Fee for Edifact Channels”. The initial trade advice issued by the carrier on 1 July didn’t even detail the new charge, with the SQ team, perhaps embarrassedly, hiding the new US$12 per ticket charge in the fine print of a multi-page policy document. The new fee will be effective for all tickets issue/reissued on or after 4th January 2021, with Australia and New Zealand among the first markets to suffer the impost. It must be collected using the “YR” tax code and will be processed automatically in GDS platforms.

It should be noted that SQ’s policy is not as punitive as the unilateral imposts of carriers like Lufthansa and Qantas which are charging their GDS fees per segment, rather than per-ticket. Singapore Airlines also made pains to note that the new fee would not apply to NDC bookings made within the GDS – again presumably involving some sort of renegotiation of GDS contracts similar to the experience with the Qantas Channel. And many in the industry are anticipating the benefits provided by NDC, which in happier times promised new selling opportunities based on customer frequent flyer status, the ability to offer tactical deals on routes experiencing softness and of course additional merchandising ability.

But truly, the timing of SQ’s announcement could not have been worse and has been widely interpreted as kicking the industry while it’s down. Many agencies across the country are not even open, and with staff on heavily reduced hours or completely stood down, what business owner is currently inclined to re-engineer internal processes to ensure they are not hit with the new fee?

Alongside interfaces to the major GDS providers, Singapore Airlines stressed the launch of its new Agent 360 website allowing agents to access SIA’s “widest range of fares and content offerings”. But again, what consultant wants to have to log onto a dedicated portal to make a SQ booking for a client, and then interface that platform to back office systems and other trip elements to produce an integrated itinerary?

Back in the February 2020 issue of travelBulletin we wrote about Singapore Airlines’ NDC plans, quoting senior SIA executives saying they anticipated a good uptake from the trade with “the right encouragement and the collaborative approach” the carrier was looking at. It now appears that “right encouragement” was code for this new fee, which surely in the current environment could have been delayed.

Meanwhile it appears that Thai Airways has completely turned its back on the travel trade, announcing that effective from 15 July 2020 it will no longer pay base commission to travel agents. The airline is already undergoing bankruptcy reorganisation, and one would have thought it needed all the support it could get because there certainly aren’t the resources available for it to fill its planes from Australia and New Zealand by encouraging direct bookings.

This effervescent thought bubble is probably the brainchild of a committee in Bangkok which has been simply crossing items off the carrier’s expense line without any consideration of the wider ramifications. No travel agent in their right mind will sell TG long haul flights when there are literally scores of alternatives, and the outcome is likely to impact not just the airline but also its Bangkok hub and perhaps even the wider Thai tourism industry.