Home  >  Magazine  >  A Declaration of Independence

A Declaration of Independence

In recent months, the Council of Australian Tour Operators has announced significant reforms, including a new constitution, an accreditation scheme, and the adoption of a national structure. Myles Stedman explains what these changes mean for tour operators and the wider travel and tourism sector going forward.

Few travel groups would argue the COVID-19 pandemic has changed them for the better, but this is a case the Council of Australian Tour Operators (CATO) may be able to make. Roughly two months ago, CATO pressed on with significant reforms, including the adoption of a national structure and a new constitution, paving the way for the future of the Council. These were changes which had been set to come for some time, Chairman Dennis Bunnik said. According to the Bunnik Tours Managing Director, not moving to a federal model just “didn’t make sense” anymore.

“It’s something that’s been in the making for a few years,” said Bunnik. “Our initial structure was set up about 30-odd years ago, and was designed as a local association, the same way as your local tennis club, but as we’ve become more resourced, the scope of what we’ve been doing has changed, even pre-COVID.

“We’ve grown as an organisation and it makes sense to, like most other associations, become a national body. We’ve taken this opportunity to position CATO for growth into the future, in its position as one of the four main associations within the travel industry.”

In principle, nothing has changed, suggested Managing Director Brett Jardine. However, at a time in the travel industry when an organisation like CATO’s ability to represent its members matters, formal recognition of the Council as what it has grown into over the past three decades was needed — especially for its members. 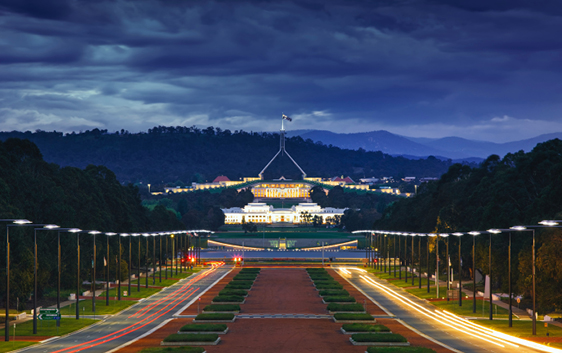 Government education and lobbying have become essential in the 2021 landscape of the travel industry.

“Unless you’re a brand like Qantas, you cannot talk to government, they’re not interested, but when Dennis goes in there and says, ‘I represent 150 of Australia’s tour operators and wholesalers’, they listen,” said Jardine.

“For the last three decades, we haven’t really needed to do that. AFTA has flown the flag for the travel industry, there hasn’t been a need to sit down with any individual and try to explain the structure of the global travel industry ecosystem.

“Right now, the industry bodies are extremely valuable, and we’re demonstrating that right now we’re even more valuable than we’ve ever been. It’s important they’re talking to an association that is recognised federally, as opposed to a state-based body.”

The fact recognition, education, and ultimately, lobbying, are so integral to relevance in the travel industry in 2021 is not a situation anyone wants to be in, but the sector has changed — and not just for a couple of years, but for good, Jardine said. In fact, he likened CATO’s government-petitioning efforts to “as long as a piece of string”.

“Since the beginning of COVID, CATO has taken a far more active approach than it had previously in liaising with government,” he said. “With CATO’s new incorporation and new structure, never before has it been so important for the Australian Government to understand who the Council stands for, and what role it plays in the industry.

“It’s a unified approach with the other industry associations, specifically CLIA, ATEC and AFTA, while at the same time recognising each sector of the industry does have slightly different variances.”

CATO’s job of communicating and helping the government understand the Venn diagram that is the Australian travel industry is arguably one of the most important roles the Council has today, as important as its job in ensuring the financial security of not just its members, but each and every stakeholder in the industry, all the way down to the customer.

“In the past our involvement was limited to the functional stuff, like DFAT and Smartraveller, where we had a good working relationship with government,” Jardine said. “When we started talking to the government 18 months ago, it was pretty obvious it looked at the travel industry and thought it was made up entirely of travel agents.

“CATO members are tour operators and travel wholesalers — businesses that actually invest in development, distribution and marketing product retail travel agents sell, as well as the delivery. If there wasn’t that layer in our ecosystem, travel agents would be left with hotels, cruises and airfares to straddle – it’s a very niche part of the industry that provides a significant amount of revenue for retail travel agents.

“Explaining that to government so they understand we’re the manufacturers of travel product so travel agents then have something to sell has been an important part of our process. Educating stakeholders, government politicians and bureaucrats throughout this process has been a massive part of our efforts.” 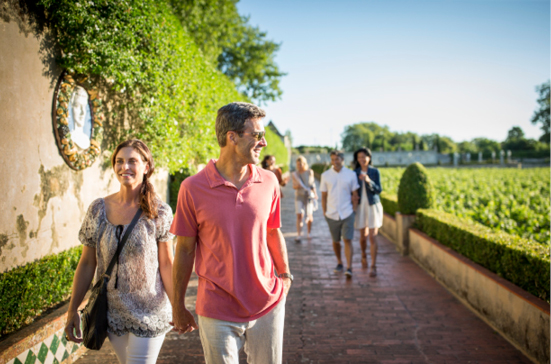 CATO’s new accreditation scheme will be better suited to wholesalers and tour operators, which operate very differently and play a different role in the travel ecosystem to travel agents ©Globus

Ultimately, it is these functions as manufacturers of travel product, that are performed by CATO’s members which brought about the need for reform in the first place; with the pandemic merely providing a little more impetus. As Bunnik describes, one of these reforms is CATO’s own accreditation pathway, separate to that which is offered by the AFTA Travel Accreditation Scheme (ATAS).

According to Bunnik, CATO has always recognised there are unique aspects to tour operating and wholesaling which don’t necessarily overlap with travel advisors, such as insurance, client funds, dealing with overseas operators, and foreign currency risks.

“When the industry was deregulated, CATO was in essence a networking club, and at that stage, the secretariat of CATO was being provided by AFTA,” Bunnik described. “Over the years, CATO has grown, and we have gone on this journey to become a national body representing our sector of the industry.

“We’ve been speaking about having a white-label version of ATAS for CATO members [for a while]. The landscape has changed a bit, [and] insolvency protection, consumer protection are areas where the industry can do a bit better.

“Now is the opportunity for us to create a fit-for-purpose accreditation system for the land supply sector, and straight away incorporate into that some good solutions to try and fix some of these consumer protection issues.”

CATO’s accreditation will be rolled out in a multi-step program, the first two of which are almost complete — changing the Council’s structure from a state-based model to a national structure. This has the tick-off on state level and is now awaiting federal approval. With CATO having already developed the internal mechanisms designed to deal with its accreditation system, the Council now moves towards the completion of step three — ensuring the commercial viability of an associated insurance product. Other relevant criteria will then be finalised and agreed, ahead of the scheme’s official start date, which will ideally be 1 April 2022, pending government timeframes.

The result will be insolvency protection for all bookings made through the Council’s members, and the safety of both consumer funds and travel advisor commissions. Bunnik said the program will give consumers and travel advisors confidence — a great result for the entire industry. “Any booking made through a CATO member by a travel agent will be protected if a member becomes insolvent, which removes the risk of travel credits, and provides the level of coverage which is currently not available.”

The Council will be seeking government support to assist with building awareness of the scheme once it is established, but in the long term, Jardine believes promotion of the scheme will be self-perpetuating.

“Whilst there is still a lot of work to go into what this will look like and how it will be ultimately delivered, this scenario would provide consumer confidence, protect agent commissions, encourage agents to prioritise bookings via Australian tour operators and wholesalers, pacify consumer advocate groups seeking re-regulation of the industry and provide government with the evidence that as an industry we can continue to operate in a deregulated environment without unnecessary red tape,” Jardine said. “Why would a consumer or agent invest their holiday dollars direct with off-shore entities that are unable to provide the same level of assurance?”

While many of CATO’s reform goals address worst-case scenarios for both consumers and travel advisors, the winding down of the pandemic will not mean the diffusion of any problems while on holidays for the rest of time – even though it may indeed feel that way once we reach the other side of the pandemic. Once that point is reached, the travel industry will be dealing with myriads of new, more positive problems, Jardine believes.

“Overall, the future for travel remains bright,” he enthused. “The value of industry bodies has never been stronger and is certainly now recognised by people within the industry. It would appear the messaging around vaccination rates is starting to take hold and we’ve really got to get behind that and support that, and ultimately if there’s a benchmark that says 80% of the population has to be vaccinated before they open international borders then we have to support that. 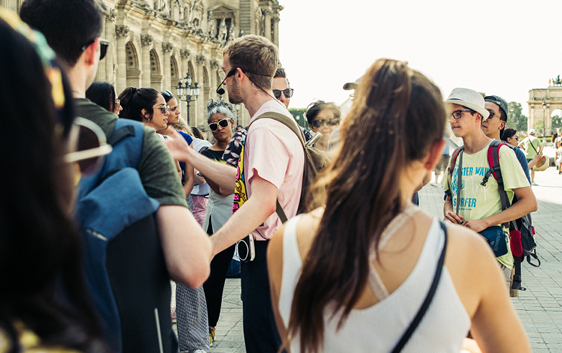 CATO has been lobbying the government to recognise that they are creating travel product which enables Australians to travel the world safely.

“It’s part of the Australian psyche that we travel and explore the world, so the biggest danger we have is going to be capacity constraints especially around employment and staff as we try to rebuild post-COVID. Particularly out of the US, where domestically they have started to travel, they’re seeing the vaccine effect, where people who are vaccinated are freely travelling, and the demand on domestic travel is huge – we will see that flow on in a similar manner here.”

However, the elephant in the collective industry’s room right now, as Australia inches toward the 80% mark, is the unprecedented rush on travel set to arrive on the doorstep of the country’s already under-resourced and overworked foot soldiers.

“That’s our strongest message to the government: you’re supporting critical capacity through your help with Qantas, you need to do exactly the same with the rest of the travel industry, because unless we have CATO members who are creating product and enabling Australians to travel the world safely, then that’s going to impact travel safety, and that will fall back onto the government’s responsibility through DFAT,” Bunnik said.

“It is critical that government support is extended for the travel industry as a whole to ensure we retain the capability we have, the skills we have within the industry, to ensure we’re able to deliver, develop, and provide holidays Australians will take when they start travelling around the world again in the coming years.

“If we’re not here and the skills are lost to our industry, Australians are going to be on their own, and ultimately, when the next crisis hits, they become default customers of the government via the Department of Foreign Affairs & Trade which then has to have the job of getting them all home.

“At the moment, the default position for DFAT is, when someone’s in trouble, ‘talk to your tour operator’. DFAT is there as a last line of support for Australians that are in trouble overseas.

“We need to have that critical capacity [of the workforce] protected in order for people to be able to travel, and ultimately, we’re putting that responsibility back on the government and making them accountable to help us get through this.”